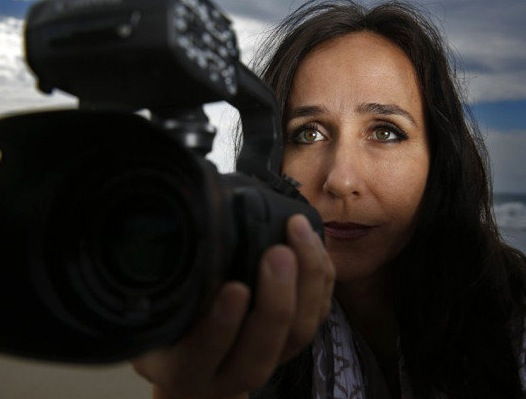 Gabriela is a filmmaker, a Brazilian singer, and a soccer player & a mom of twins. Her strength lies in truthful storytelling, creating a place where character and authenticity reign over vapid hype and boring spectacle.

Her critically acclaimed film BLACKFISH reached a staggering 60 million viewers in its first year. As well as being one of the highest grossing documentaries of all time, BLACKFISH has also been deemed as one of the most influential films of all time.

Her previous films range from war documentaries and a Wild West series, to Mexican drug cartels and inner city kids. In 2017, Gabriela made her feature film debut “Megan Leavey” – a powerful story based on the self-titled, real-life hero and her combat dog Rex who both spent two tours in Iraq from 2004 to 2006, helping save countless lives while searching for roadside bombs. The film stars Kate Mara and Edie Falco.

More recently, Gabriela has also lent her voice as host to Teamistry an Atlasssian podcast that probes beneath the surface of amazing human triumphs.

Gabriela resides in Los Angeles with her husband Brian, and often plays soccer mom for her cute twin boys.