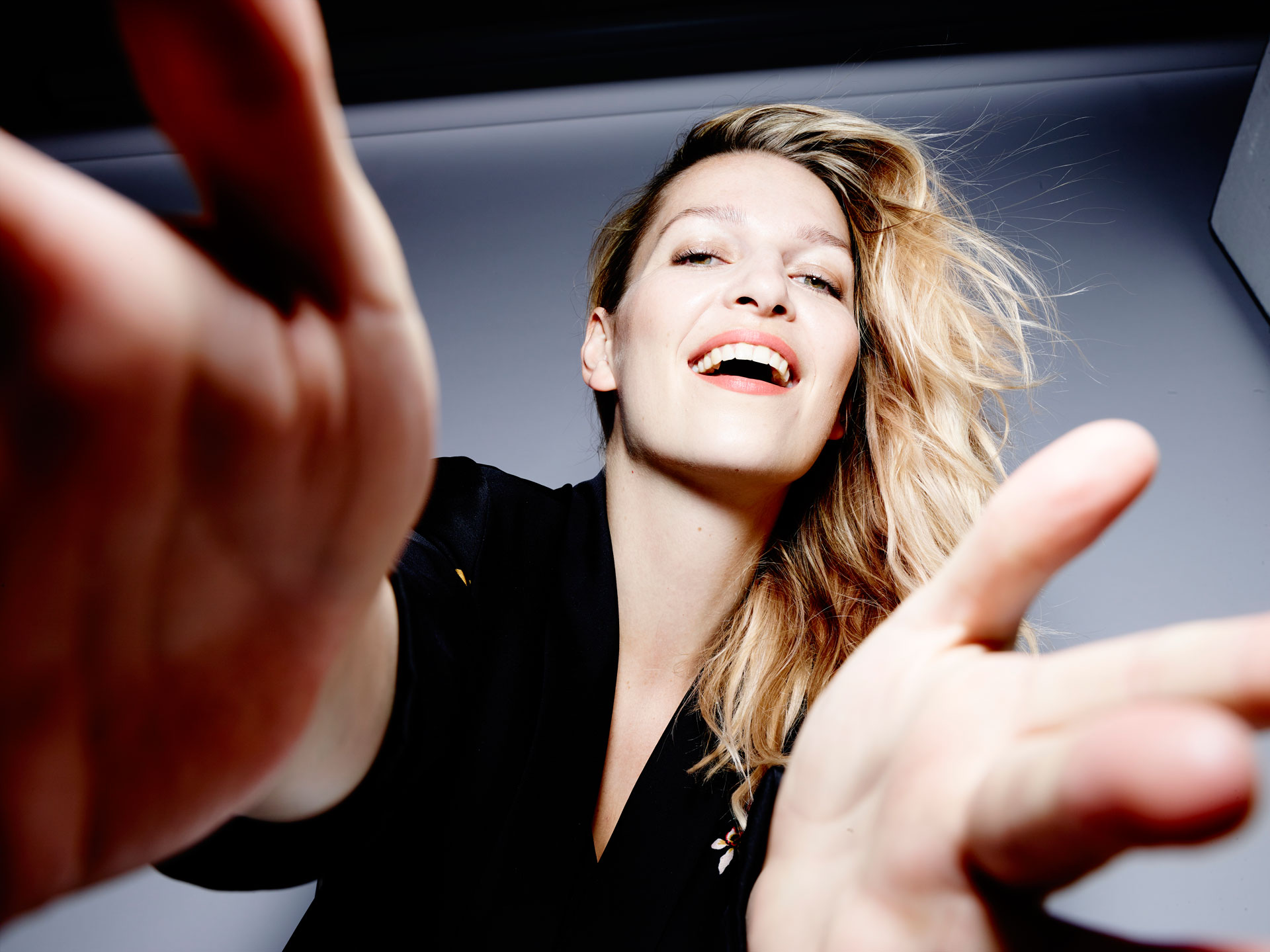 Vicky Lawton is a visual fanatic.

She has worked for world-renowned photographer Rankin for the last nine years, art directing and creative directing shoots for international brands and superstars such as such as Heidi Klum, Rita Ora and Miley Cyrus. In 2009 she curated his 600-image retrospective exhibition at London’s Truman Brewery, and oversaw the birth of Rankin Live, an experiential event photographing members of the public that has been rolled out across the globe.

In 2011, Rankin launched Hunger Magazine. With Vicky as its Creative Director from day one, the fashion and culture biannual has grown exponentially, featuring household names such as Daniel Craig, Monica Bellucci, Idris Elba and many more.

In 2013, Rankin and Vicky launched The Full Service, an in-house creative agency. As Creative Director, she has produced campaigns for Belstaff, Versace and French Connection amongst others, as well as Rolls Royce’s centenary celebration book and Ford Mustang’s launch into Europe.

Through her photography and directing work for Hunger, Vicky has rapidly established herself as a bright light in a new wave of female directors. She has directed advertising campaigns for Bourjois, House of Fraser, John Frieda V Pure and Coco de Mer.

Away from the advertising world, she has continued to pursue her love of fashion and music videos through her directing work. Creating bold, attitude heavy pieces, she has shot fashion films for Jil Sander, DROMe, Elie Saab and Chanel to name a few. These sit alongside her music video work, getting gutsy performances from influential artists including Dua Lipa, Charlotte OC and George the Poet.

She brings an edgy and provocative flair to work, as seen in her two short films starring up-and-coming actors Augustus Prew and Toby Kebbell, who has gone on to star in Fantastic Four, Dawn of the Planet of the Apes and the remake of Ben Hur. The former short, Ablution, was longlisted for Best Short Film at the BAFTAs.

In 2015, Vicky was shortlisted for Best New Director at the Shots Awards, one of the UK’s most respected advertising award ceremonies. In 2016, she won Silver at the Young Director Award in Cannes, affiliated with the Cannes Lions Festival, the esteemed international advertising festival.